My speech at the Citizens Advice AGM 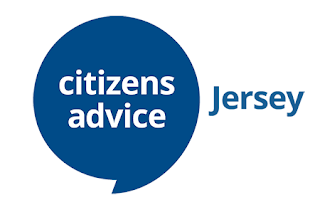 Last week I was very kindly invited to be the guest speaker at the Jersey Citizens Advice AGM. I was pleased to take questions afterwards and hear about the important work the organisation is doing to support Islanders in need.

He is the transcript of my speech.


Thank you for allowing me this opportunity to speak to you at this AGM tonight.

I was really pleased to be invited and thought I might start by revealing a little-known fact that it is actually the Citizens Advice Bureau’s fault that I am in politics in the first place.

I will leave it to others to judge whether CAB should be thanked or condemned for that.

Originally, my intention had always been to become a lawyer. I got a law degree at university, started studying my Legal Practice Course and was working for a local law firm here.

When I was studying in London, I volunteered at a Citizens Advice Bureau in Hammersmith, basically to get some experience. I went through some of their training, and got to learn the values of the CAB, about being independent, non-judgemental and on challenging discrimination.

We had all sorts of people come through our doors, sometimes people who were absolutely desperate for help, sometimes people who just wanted to get a second opinion on something to be on the safe side. Sometimes we could help people to help themselves by empowering them with knowledge of their rights, helping them fill out paperwork they didn’t understand etc, and sometimes we couldn’t help them, but could get them to another agency which could.

The truth is that I discovered that I found this work much more rewarding than I did working in a law firm, where often my work was about helping rich and powerful people in commercial disputes. Whereas at CAB we got to make a more direct impact on people’s lives and learnt about the structures and processes of government which often make life more difficult for ordinary people, but with a push in the right direction could be changed for the better. That experience is a key part of what convinced me to go into politics instead.

Tomorrow will mark one year since the new government took office and I became Minister for Housing, and then Minister for Children as well a couple of months later.

I think you will probably find few people in Jersey who don’t accept that housing is one of the top political issues of our time and this government is facing a huge challenge to try and fix things.

I come at it from the perspective of believing that having a roof above your head and the security of a home which you can be comfortable and safe in, is a fundamental human right.

Something has happened over recent decades where many people have found their housing situation become more precarious and more unaffordable. Home-ownership feels more out of reach for young people than it was for their parents, and the cost of renting is putting too many people in rental stress.

I have said that I believe the housing market is broken and works too much in the interests of investors, rather than people who need a decent home.

For too many people, their access to housing holds them back in life, rather than providing them a stable position to move their lives forward which is what it ought to do.

I had found that in the last year of my term as a St Helier Deputy, the number of constituency cases that were coming my way about Social Security issues was declining, but housing issues were increasing. In my discussions with Citizens Advice they have also reported a rise in housing issues.

Reflecting all of this, the government has made ‘reducing income inequality and improving the standard of living’ one of the headlines of our Strategic Plan, with a particular work stream focusing on improving housing in the Island.

The Government has set up a Housing Policy Development Board, which brings together different States departments that hold the relevant levers to affect change, as well as independent experts to get to work on tackling what we see as some of the key issues we need to get to grips with.

To name just a few of them –


Overarching all of this, the board will be looking towards the next Island Plan and future years to work out how we can meet the needs of our population.

Outside of the Policy Development Board, I have begun work on some of my personal priorities.


But, when it comes to my housing portfolio, I have no greater priority than addressing the issue of homelessness.

We are one of the richest places in the world, with a community that is intrinsically hardworking and generous, and we have no excuse whatsoever to not deal with this issue.

As Minister, I regularly have people in desperate situations contacting me because they are either homeless or about to become homeless, and I have been so frustrated at the lack of options the government actually legally has to save a person or a family from that situation.

Often this is single men who aren’t eligible for social housing, people who are on the Housing Gateway but nothing is becoming available, and even a single working mum who had had to sleep in her car with her children because she ran out of options.

At the end of last year I held a summit with various government departments and charities, to scope the work to put together a homelessness strategy.

We are working with homelessness charities here, independent experts and, of course, Citizens Advice, to have something in place within a year.

So, these are our ambitions, and there is a lot to be getting on with, but despite what commentators in the media might say, we have not been standing still until this point.

In the last year, the work to improve standards in the rental sector has been substantial.

In the social sector, Andium Homes are on track to deliver 100% Good Homes Standard at twice the speed they initially planned for. They’re currently on 97%.

The introduction of minimum standards in health and safety for residential properties has been hugely important, and the Environmental Health Department have done some sterling work to build an enforcement regime for those standards and use not just a stick but a carrot as well with landlords who need a helping hand or advice to make sure they do the right thing.

A consultation has just opened now on a new landlord licencing scheme, which will bring this industry into the 21st century and give us the tools we need to ensure the market is working fairly and that tenants are protected.

We have seen recently headlines about how the slightest change in housing rules will decimate the market, but I think these proposals strike me as entirely reasonable that we subject the second biggest sector of our economy, an area which has such a huge impact on people’s well-being, to regulations that match its importance. We have regulations in place to stop people selling food which is rotten, the same should apply for housing.

As you might be able to tell, I don’t underestimate the scale of the challenge before us, but I am optimistic that we can and will make progress to make life better for the people that I am privileged to represent. I will certainly be all ears when Citizens Advice wish to speak to me about the experiences your clients have, because that will be invaluable in improving things.
Posted by Senator Sam Mézec at 18:08